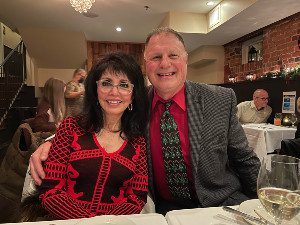 Tim opened the Tim Bernitt Agency of American Family Insurance in 2008 in Northglenn, CO. The Agency started with 100 policies and has since moved to Arvada, CO and grown to over 4000 policies, servicing over 1700 households. Tim’s Agency provides Auto, Home, Business and Life insurance for clients throughout Colorado. Tim also holds insurance licenses in Arizona, Kansas, Missouri, Nebraska, Minnesota, Tennessee, Texas, Idaho and Utah.

Tim was born and raised in Peoria, IL, but Colorado is his adopted state. He married Gerri, who is a Colorado native, in 1984. Gerri has worked with Tim in his Agency since 2018. Tim & Gerri have 2 grown children, Andrew & Jacqueline and a grandson, Christian, born in 2014. Tim played college football and graduated from the University of Southern Colorado in 1984 with a Business Degree. Tim’s first career was in Christian ministry where he served in churches in Columbus, OH, Boston, Nashville, Denver, Colorado Springs, Los Angeles and Wichita, KS. He earned a Master of Divinity degree from Pepperdine University in 2006. Tim’s hobbies are bicycling, hiking and playing golf.